Hairy is a creature from another planet/time/dimension he came to visit our planet to learn the ways of the Earth men.

i found this object that looked like a potato at first i thought it was a rock but then i realized it is a head of a living creature and he told me that his body remained on his planet waiting for the return of his head.

Now Hairy’s head has to be placed in a special container with a unknown-to-man-kind liquid to keep him alive, however this liquid has some side effects other than being highly dangerous to humans it grows hair rapidly.. 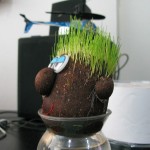 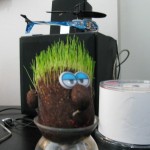 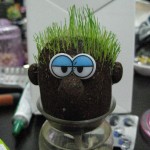 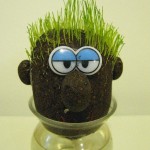 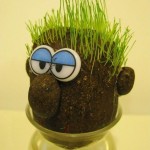 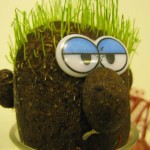 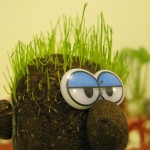 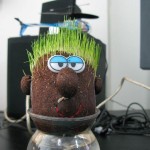 The good thing is that Hairy learned how to live with his new condition and got himself a private helicopter for his transportation.

but still communication is limited to telepathy & mind signals telling me what he wants as he lost all his facial features during the intergalactical-teleportation and we had to do some reconstruction surgeries to his head to make it as human as possible.

As Hairy was telling me his story he mentioned that he was not the only one arriving .. he might have some relatives roaming around our planet as we speak now.

so if you see any of Hairy’s relatives around please let us know.

Hairy loves you all 🙂

2 Responses to My Friend Hairy….